Reid Black hearing loss claims solicitors deal with thousands of cases every year for clients across Belfast, Northern Ireland and the whole of the United Kingdom.

Below are the comments of Northern Ireland High Court Judge on the expertise of Reid Black Solicitors in hearing loss cases. You can read the judgment in full here.

“The plaintiff wishes to use the services of a particular firm of solicitors who practice in Northern Ireland and who have expertise in noise induced hearing loss claims. That firm is Reid Black Solicitors Limited who have specialised in the conduct of claims for compensation involving police, military and civilian noise exposure since 2006 and who have acted in excess of 5,000 claims advanced by plaintiffs against the defendant relating to noise induced hearing loss suffered by soldiers who have served in Northern Ireland.”

HEARING LOSS CASE AGAINST THE MOD

Seamus Reid is also recognised and highly ranked on Chambers And Partners for his expertise in hearing-loss cases, as well as his ‘proactive’ and ‘personable’ approach.

Did you serve after June 1987 in any regiment of the Army, Navy or Territorial Army. You may have been exposed to high level noise due to a lack of adequate hearing protections provided by the Ministry of Defence.

It may well be that you have experienced ringing in your ears and use other noises to mask that problem. We are widely recognised as one of the UK’s leading firm of solicitors for taking action against the Ministry of Defence on behalf of serving and former soldiers in respect of hearing loss and tinnitus.

In short , if you have served after June 1987 and have some element of Northern Ireland service and are suffering from either hearing loss and/or a ringing or buzzing in your ears, which is called tinnitus, then you should get in touch with us without delay for either a short telephone consultation or a meeting in person at our offices.

We don’t act for unions or federations. We act for you. If you served in the RUC or PSNI and suffer from deafness or hearing problems, they may be related to noise exposure, from either weapons or other training, including helicopter flights and public order disputes.

Deafness and hearing problems occur gradually. As symptoms take time to develop, many people don’t realise their difficulties result from work, not simply aging. One common hearing problem is tinnitus (buzzing or ringing sounds) often caused by excessive noise. Tinnitus can be sporadic, but for some people it disrupts daily life, makes sleeping difficult and results in trying to mask the noise using radios or CD players.

We successfully take action on behalf of current and former police officers on hearing loss sustained during service. We advise if your hearing problem was caused in the workplace, entitling you to compensation. We use expert medical advice to help us.

This can affect those working in these sectors –

Deafness and hearing problems occur gradually. As symptoms take time to develop, many people don’t realise their difficulties result from work, not simply aging. One common hearing problem is tinnitus (a buzzing or ringing sounds) often caused by excessive noise. Tinnitus can be sporadic, but for some people it disrupts daily life, makes sleeping difficult and results in trying to mask the noise using radios or CD players.

On a weekly basis we are taking action against Bombardier Shorts and Harland and Wolff for hearing loss sustained during the course of employment’.

If you have been employed in Shorts Bombardier prior to 2002 and you have been involved in riveting or any other noisy occupation, then you are likely to have sustained some form of hearing damage and/or tinnitus.

If you experience ringing in your ears or have problems hearing the TV, telephone or other people’s voices, you should contact us to establish if you have a case.

It was very common for Prison Service employees in Northern Ireland to be issued with personal protection weapons. During training, those weapons produced particularly high-level noise. In our experience, the Prison Service did not provide adequate hearing protection.

Contact us now, with no obligation, to see if you have a case.

If you have worked in Northern Ireland Railways as a train driver or conductor then you may have been exposed to high level noise from trains, your previous service which had significant noise levels without any or adequate hearing protection being provided by your employer.

We have successfully taken actions against Northern Ireland Railways for compensation for employees and former employees due to the high level of noise exposure sustained during the course of employment and would be happy to talk to you on a no obligation basis to see if you have a case.

We have brought more successful cases against Wrightbus than any other firm in Northern Ireland with a range of Hearing Loss cases, vibration white finger cases and other industrial injuries. It is unfortunately the case that adequate hearing protection does not appear to have been provided and therefore if you have worked for Wrightbus then you could be entitled to a claim which is paid by insurers as opposed to the company themselves. If you have any type of injury whilst working for Wrightbut please contact us without delay.

Please contact us Now to see if you can bring a claim against Wrightbus.

How do I know if I have hearing loss and is it bad enough?

We will arrange an appointment with our medical expert (An ENT Consultant) at no cost to you and decide if you have hearing loss and determine if it’s connected to noise.

Have you had much success against the MOD?

We have brought more successful hearing loss cases against the MOD than any other firm in the UK and most of our work comes from previously successful clients referring their friends.

Are there any essential requirements?

We need you to have had service after June 1987 and at least on tour of Northern Ireland so we have jurisdiction to bring a case for you which will cover all of your service except during combat.

A medical negligence client of our solicitor Libby Smyth was delighted to recently have had her claim settled for a sum of £300,000.00. Following ...

Update on the Coronavirus and our Consultations

Customer Notice Our offices are all open and all our solicitors are working - please contact the office in advance for an appointment as ...

Creating a Will during the Covid-19 / Coronavirus pandemic

Despite most aspects of our daily life being interrupted during this period of lockdown Reid Black are here for new and existing clients. We ...

Read More
To contact our team of specialists you can call us on: 028 9045 3449 Alternatively, you can get in touch by completing our contact form
For Hearing Loss Claims Call…
(028) 9045 3449
Or fill in the form below to request a call back

Andrew Aicken
08:51 20 Apr 18
Great service from a professional company. Eilis McQuillan handled a case for me and was outstanding. I was kept informed at every stage and would recommend Reid Black without hesitation.

Victoria J
10:12 18 May 18
I would highly recommend this company and I have used them a few times . Absolutely Fantastic company .

Alan Cromie
14:54 08 Nov 15
I approached Reid Black Solicitors having known Hamill Clawson for many years as a good dependable lawyer and having been badly let down and grossly overcharged by another solicitor. He referred me to his colleague, David French who was very approachable and went out of his way to help resolve matters equitably in a timely and stress free manner.As a busy professional, this invaluable advice from Hamill and, especially his partner David was greatly appreciated. I am impressed by the high standard of service offered by this Firm and would recommended their services without caveat.read more

Conor Mccomish
21:47 25 Jul 20
David helped me get a licence reinstated with the council. Very fast, efficient and professional service. I would highly recommend this company.

Adrian Bodle
14:57 23 Jul 21
I would highly recommend Reid Black Solicitors. my experience was totally stress free and easy from the start. David handled my case in a professional manner, notifying me every step of the way. Thank you for all your hard work. A1read more

James Cullen
14:53 23 Jul 21
Had the best service from all at Reid black from David and Karen who dealt with my claim, all in all a great service I would highly recommend this Company to anybody wanting a professional service, thankyou to everyone at your office. odyread more

TONIK TZW (tonik_tzw)
14:17 29 Jul 21
Reid and Black were absolutely outstanding and extremely professional in their handling of my case, They were well organised, timely and informative in their updates as the case progressed. The outcome was even better than anticipated which can only be due to the excellent knowledge, tenacity and determination in seeking a satisfactory outcome. I would highly recommend their services to anyone.read more

Phoebe Brigginshaw
17:09 08 Dec 21
Karen was wonderful and took fantastic card of us as first time buyers. Excellent service all round, thank you so much!

David Raeburn
11:48 10 Feb 22
I would like to thank Reid Black solicitors for the outstanding work you have done for all the veterans who have mostly suffered in silence and would never have thought to start any sort of compensation claim against the MOD,also to find out that your firm does not take a penny from the veteran's settlement just shows the amazing integrity of Reid Black.read more

Luke Tedford
12:26 31 Mar 22
Just want to start off by Thanking Eilis for helping me through everything. I arrived in with very little expectations to get anywhere and I came out with exactly what I wanted, all thanks to the hard work and dedication of Eilis. When I first met Eilis she gave me the warmest reception and was fully understanding and complient with what I wanted. The best solicitors in Belfast hands down! would very highly recommend to anyone!read more

Jude Campbell
13:18 11 May 22
We would like to thank Reid Black Solicitors and specifically David French for helping us in a recent professional negligence case. His professionalism was a breath of fresh air and the positive outcome we received has been a weight off our shoulders, we would highly recommend David and his team.read more

CJ MCKIMM
11:13 05 Jun 22
A big thanks to David and the team for sorting out my hearing loss claim. Very professional, polite and efficient throughout.

Leonidasz Rafael
14:29 25 Jun 22
at this location The staff is very kind quick helpful hilarious Mr Hamill very professional defense attorney I recommend to everyone protection and tranquility are highly guaranteed always provides the best and fastest help if you are looking for the best defense attorney Mr Hamill 💯💯read more 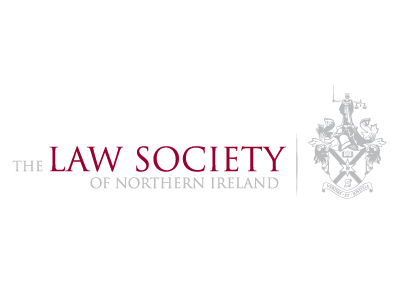 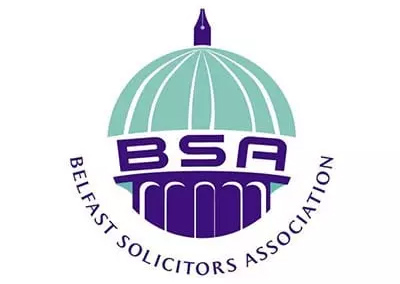 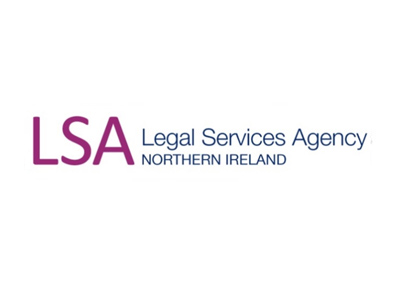